STEM is an acronym for Science, Technology, Engineering and Mathematics. It includes different areas of science education such as natural sciences (physics, chemistry, biology), applied science (engineering and technology) and mathematics. Over the years, these areas have come to be divided into niche specialisations, such as chemical-ecology, nanotechnology, robotics, artificial intelligence, etc, for better and deeper understanding of these particular domains.

STEM education refers to the integrated teaching of these subjects through hands-on and relevant real-world learning experiences. STEM education is about solving problems, creativity, independent thinking, critical analysis and communication and pushing innovations.

STEM education is increasingly viewed to be critical because the 21st century is driven by technological developments and innovation. Nearly all aspects of our daily lives, be it driving a car or listening to music, are underpinned by STEM fields. The technological revolution is poised to steer the global economy in the coming decades, and it’s time that we buckle up for the ride. Men have traditionally dominated the sciences worldwide, and this holds true for STEM fields even today. Less than 30% of scientific researchers worldwide are women, according to the UNESCO Institute for Statistics (UIS).  In India, only 14% of scientists, engineers and technologists are women. This is despite the fact that nearly 43% of all graduates in India are women and that 32% of students are STEM graduates (2018).

There are many reasons that prevent Indian women from pursuing sciences and realising their potential. Among them are lack of early childhood exposure and opportunities. Our society conditions us to believe that boys will grow up to be engineers and women will grow up to be teachers. Girls rarely receive chess sets or magnets as birthday gifts just as boys are seldom given dolls and kitchen kits. Does this mean that men cannot grow up to be chefs and nurses and women cannot become math wizards or physicists? Much of this societal conditioning has its roots in a culture of patriarchy and preconceived notions of what women ought to do and ought not to do. Taking even a small step against such established conventions requires enormous conviction and courage on the part of an individual.

When women do, in fact, swim against such tides, the rewards are often still at a distance, on the horizon. Nearly 47% women in science cited family care as a reason for refusing a challenging opportunity in their careers, according to a 2016-17 Niti Aayog report.

Biases about gender roles mean women in science battle a ‘double-burden syndrome’ wherein they take breaks when getting married, during pregnancy and childbirth, as well as other familial responsibilities such as looking after ageing and unwell parents. While this is a setback for career women, it is especially problematic for women in STEM where such gaps can be detrimental to making progress in their research and pursuit.

The silver lining in this scenario is that attitudes and mindsets are constantly changing. This is gradually becoming true for women in sciences, and especially for women in STEM as organisations and government policies are beginning to shift in favour of women.

Several government schemes such as the Vigyan Jyoti Scheme, Unnat Bharat Abhiyan programme, Indo-US fellowship for women in STEMM, women-centric programmes under the Knowledge Involvement in Research Advancement through Nurturing (KIRAN) and the Biotechnology Career Advancement and Reorientation (Bio-Care) scheme are initiatives to bridge the gender gap and boost opportunities for women. Many tech companies aim to have inclusive and gender-balanced workforces, and have policies to recruit women.

Even as these baby steps are being taken, it is pertinent that we do not lose sight of the goal: women in STEM does not mean simply boosting the numbers of women in the field of sciences, but also that we encourage women to have a holistic and balanced life while choosing their pursuits in the realm of sciences. The idea is not to alienate men, but to be more sensitive and nurturing of the women who choose science. To encourage more women to be part of STEM and bridge the gender gap in these domains, many organisations, institutes and universities offer scholarships and fellowships to women interested in pursuing education in STEM. This is a list of a few such opportunities:

These are just a few of the scholarships/fellowships on offer for Indian women. There are many other such opportunities that you can explore for a career in STEM. Robotics and nanosystems: The Internet of Things and Artificial Intelligence are bringing automation and compact systems to every facet of our lives. Automated robots today find a range of applications including in factories, farm robots and even in housekeeping chores. These systems are expected to rein our lives in 2050, and so the time is ripe to opt for a research and development career in this field. 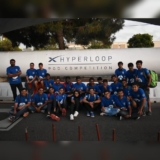 At its core, 101Reporters is a network of freelance journalists and acts as a bridge between them and media houses. We accept story ideas from reporters, fine-tune them and pitch the media houses. Once a pitch is approved, we help reporters deliver a well-rounded story. We edit the story and send its polished version to the publisher. We receive payment from publishers and we transfer it to the reporters in the first week of every month.