Holding Space As A Lesbian Trans Woman In STEM

Dr Mani recalls how her early days in academia, where she faced exclusion and daily microaggressions on account of her trans identity, shaped her research style. 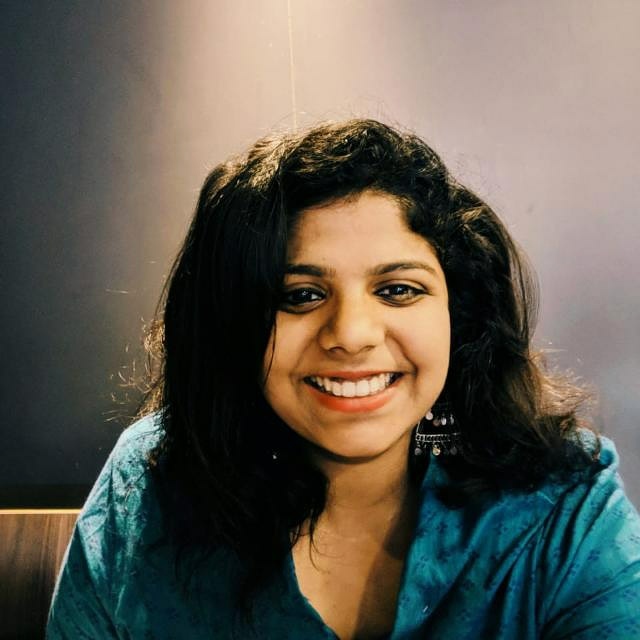 Dr A Mani describes her career as atypical and rightly so. From creating her own world with science and mathematics while reading Pavlovian texts in high school to choosing not to be part of mainstream academia, she has asserted her place in a world that still upholds exclusion of non-conformists.

Growing up in Kolkata, Mani was a curious, imaginative child wanting to understand all the hows and whys of the world through science. “I learned mostly from books and science magazines, and remember doing experiments with chemicals, performing electrolysis, and even making insecticides,” she said.

Today, Dr Mani is a research scientist in algebra, logic, rough sets, AIML, and allied areas at the Indian Statistical Institute, Kolkata, and a senior member of the International Rough Set Society.

However, her journey in academia was accentuated by gender barriers, lack of mental health support, and exclusionary policies.

Life in a gender binary society

Mani was assigned male at birth who knew she was a girl at the age of six. But her conservative family and ‘gender-is-binary’ school left her little choice regarding gender expression.

“I understood femininity and had a vague idea about sexuality by the age of 10 by reading women’s magazines. But the available resources were not well-written or aimed at making you aware,” she said. Resources about gender expression remained inaccessible to most, a way to control the narrative by controlling the access. 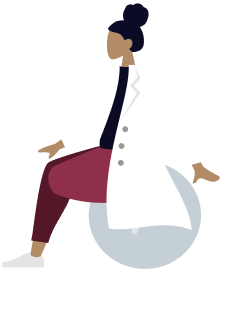 “There were no discussions about mental health, gender, LGBTQI+ issues, or sexuality in schools. They were considered taboo. So, students and teachers held on to various subsets of views and misconceptions and were not sensitised,” Mani recalled. 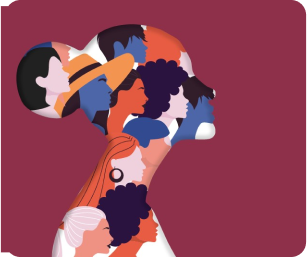 She didn’t feel safe to express her gender until class 12 when she opened up to her parents. While their negative reactions made it clear that acceptance was not an option, they perpetuated a toxic environment by doing pujas and turning to witchcraft to find a ‘solution’.

“My parents are narcissists and were never supportive, and caused many hindrances at various times. They were dismissive of my identity and extremely superstitious, indulging in wild rituals among other things,” Mani said.

In her teens, Dr Mani had gender dysphoria which was accompanied by depression. Although she wanted to begin the process of transitioning, she struggled to find proper information about it. Media reports about trans people in the 1990s were filled with stereotypes, myths, and erasure, she recalled. Moreover, psychiatric clearances were required for hormone replacement therapy (HRT) for which she faced opposition at home.

“The lack of clear information, support groups, and medical facilities delayed my transition, causing depression, and suicidal tendencies,“ she said.

During her pre-transition days, she had suicidal ideations because of the lack of support. However, some advances in transition procedures and engagement with activism helped her hold onto hope.

However, depression and anxiety affected her academic career, leaving lasting effects. “My performances in exams lacked consistency which is a requirement for higher pursuits in the rigid faulty academic system in our country,” she said.

LGBTQI+ people in India face health inequities due to the stigma and discrimination, leading to exclusion, as they challenge the popularly accepted understanding of health resources, bringing in dimensions such as the need to recognize identity and difference.

“In some universities, relevant inclusive policies are often not in place or the will to implement them is missing. Hence, I was excluded by default, making me far more introverted, closeted, less capable of collaboration, and probably more independent which reflects on my working style,” Mani said.

Navigating STEM as an independent researcher

In secondary high school, she started reading higher mathematics, physics, psychology, and politics which was well above her syllabus.

She studied pure mathematics after her B.Sc. and did her PGD in statistics. Mani pursued her research interests in mathematics which included analysis, fixed point theory, summability, semi-group theory, and partial algebra without any formal association with an institute and through self-study.

Gradually her interests shifted to algebra, rough sets, vagueness, and logic. “Most of my work is on foundational problems, questions or issues and I invent or use imaginative and risky methods and approaches,” she said.

She is well-known among her circles for her enthusiasm for research and resilient self-belief as a researcher. “Her choice in mathematics is not the usual. If she believes what she is working on is correct then if her peers don’t agree, she will go ahead with that,” said Dr Chayanika Shah, her friend, and a queer rights activist.Mani worked as a part-time teacher in mathematics and science while publishing research papers. She has been reluctant to take up a full-time job as due to the slave mentality of workplaces.

“It is not easy to be a mathematician or a scientist of any nature, without affiliations to institutions. But she pulled it off with her commitment to the field. In that sense, she is completely self-made. She defines what her life will be and who she wants to be rather than wait for circumstances to change,” said Dr Chayanika.

Around 2004, she shifted to part-time projects in soft/statistical computing to devote more time to research.

By the time Mani decided to pursue her PhD, she had already published several research papers. “In fact, my supervisor asked me to restrict the length and number of papers in my thesis,” she said with a laugh. Dr Mani transitioned during her doctoral study in late 2012. “The quality of life in my pre-transition phase was bad. My productivity rate improved substantially after the start of my transition,” she said.

For her, transitioning was the relief she had been waiting to feel since a teenager. It was during this time that she started publicly talking about her gender identity, getting both support and toxic visibility in academia.

When Mani decided to pursue her PhD, she struggled to find a supervisor. Finally, Professor Mihir Chakraborty took up the job. He recalls her as a hard-working and independent researcher and finds her perseverance laudable.

However, when asked about any gender barriers, he admited that Mani might have faced some related to her transitioning. “I do not like any ‘major’ invasion on nature in general and excessive decoration of self. Mani was going towards that,” he further added.

The refusal to accept non-conformists, unhesitatingly questioning their choices armed with abundant privilege but limited knowledge, and creating an unwelcome environment highlights the impact of lack of inclusive education on academia.

Talking about lack of sensitisation in academia, Mani said, “Discrimination typically happens at multiple levels and it also depends on one’s position in the STEM hierarchies.”

She also acknowledged that being in an established position when she opened up helped her navigate the space, which might not be the case for many. However, even with that cushioning, she faced microaggressions, misgendering, and exclusion.

For instance, one of her peers from an academic group that she is part of addressed an email to her as “sir.” Even after Mani confronted the misgendering, he refused to acknowledge or correct his discrimination. “These people don’t want to be inclusive,” Dr Mani said. 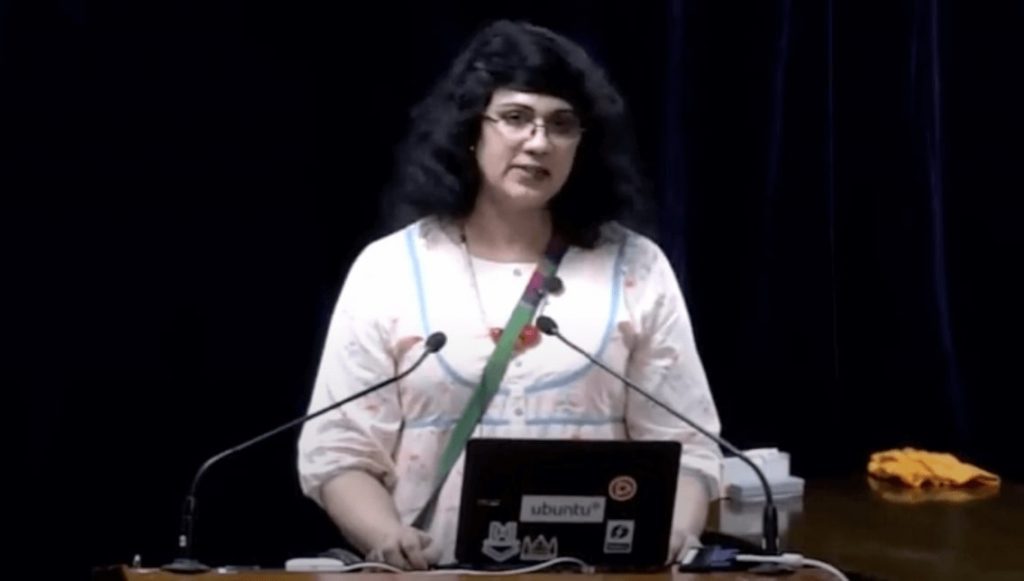 The acknowledgment of safe space is still scattered and slow in Indian academia. “Sensitisation programs are not common. Even the sexual harassment guidelines have not been properly updated in most universities and intersectionality is ignored by many,” she further added.

Need for persistent education and inclusion

Drawing from her experience as a lesbian, trans, and queer (LTQ) woman in STEM, Dr Mani has been an advocate for the need for persistent sensitisation in schools where archaic gender identities are imposed and promoted.

“The problem starts from higher levels where common textbooks which have not been properly rewritten in line with modern research. This has led to a generation of people struggling with expression and practice. The reform of school- syllabus is too slow because of interference from non-academic/political/religious centres of power.”

Despite its many shortcomings, the NALSA judgment of 2014, opened up the scope for gender roles beyond the binary in educational institutions, she said. “However, related sensitisation and adoption of empathetic, inclusive practices are hardly on the horizon.” A compendium of Dr Mani’s scientific work over the years

Mani has published more than 1000 pages of research in peer-reviewed literature including Algebraic Methods for Granular Rough Sets, and Towards Student Centric Rough Concept Inventories. She was elected as a senior member of the International Rough Set Society in 2018. She has authored over 20 articles and two research papers on gender, feminism, and sexuality.

Talking about Mani asserting her space in STEM, Dr Chayanika said, “She has opened many norms. I think that her contribution is also linked to feminism and her work towards highlighting the structural problem in the system because of which non-cishet men don’t succeed. She didn’t take the usual trajectory. And her being a feminist is linked to that.”

Seeing a person you can identify with exist and accomplish in a space where diversity is more of a buzzword and inclusion is still eclipsed by ignorance and privilege highlights possibility. People like Dr. Mani open the door for the LGBTQI+ people, making access and success a reality. 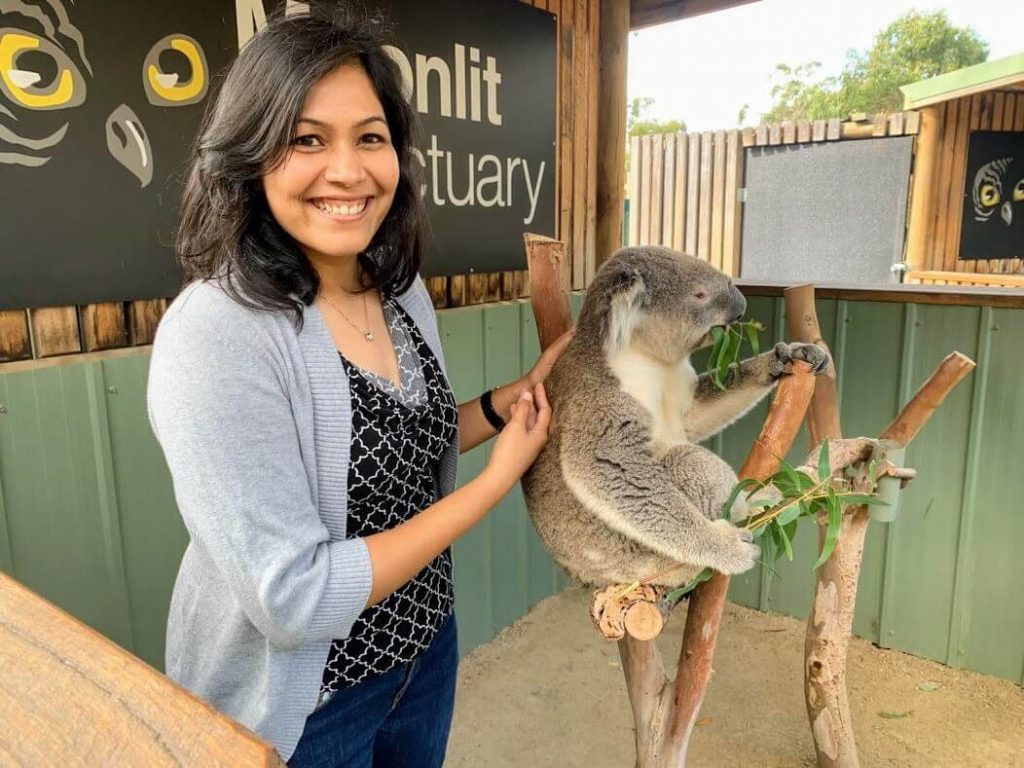 Calling out gender bias in STEM

From very early on, Dr Vaishnavi Ananthanarayanan became aware of the passive yet glaring ways in which women in academia were being held back. So she co-founded BiasWatchIndia to bring in some accountability. 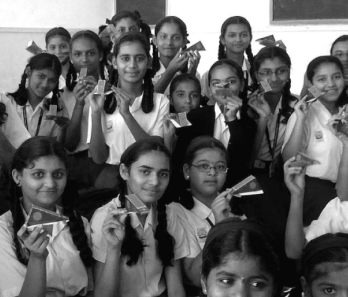 A lowdown on the implicit and explicit biases that follow women from school to the lab, its impact on the individual and the community and some solutions that need to be actioned to make science a safe space.